A Heart Full of Joy- Based on a True Love Story 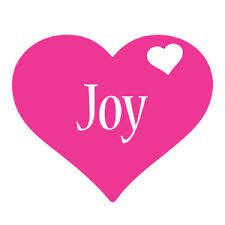 On a cool morning in January, an angel was born. Her parents knew of the power she possessed to create miracles, and they made sure to keep her protected as she grew. Finally, it was time for her to venture out on her own, and though she struggled to find her way at first, she found her footing soon enough. She’d preformed small miracles, the comfort of a look, a touch, a smile.

When the letters started pouring in describing the pain of the humans that surrounded her, she knew it was time for a big miracle. One that would take away the pain and suffering from the people she received the letters from, and those who were like them who had yet to reach out. A miracle this big would take a lot of energy, energy she needed to save up. She continued preforming small miracles, and with joy in her heart she continued to save her energy for her big miracle she had planned.

One day, as she was working, she saw a man, the most handsome man she’d ever laid eyes on. Her heart raced and her breath hitched. But he was a human and she was an angel. She wasn’t allowed to feel human love. She wasn’t supposed to, so why did she feel like this now? She was drawn to him, they got to know each other, and she fell further and further in love with him. Then he told her that he too, had experienced this pain she so deeply wanted to rid the world of. Her feelings scared her. She still had to make this miracle happen, a miracle that would now touch him as well. How could she stop the pain if her mind and her heart were occupied with human love? So she made the decision she knew that she had to make. She told him she couldn’t see him anymore.

“I don’t understand, I thought things were going so well?” he asked her, confused.

“They are, and that’s why I can’t stay. I love you, with all my heart, but you and me, we’re just not meant to be together,” she spoke softly, fighting her tears as she touched his cheek, the rough stubble tickling her fingers.

“Please don’t leave me,” he begged, holding her hand in his own.

She smiled sadly. “I’ll never leave you. I’ll always be right here,” she whispered, placing her hand over his heart. “I’ll never forget you. Maybe one day we’ll be able to meet again, and it’ll be right, and we can be together.”

With that she turned and walked away, as much as it killed her. As time went on, she found her energy draining, no longer able to save up the energy to make this miracle and relieve the pain of so many people. People like him, she realized. Perhaps he needed her as much as she needed him.

Her energy had drained because she lost the joy in her heart. No matter what she did, she couldn’t figure out a way to get that joy back. She tried doing everything she loved that always made her heart swell with joy, but there was always something missing. She realized he was missing, and that she wouldn’t be able to find joy again without him. And so she made yet another decision. She decided to give up her wings, and return to his side, to live as a human.

She was told that it wouldn’t be official until they shared a kiss. With a smile on her face she went to him, she saw him walking along the beach on his own, and she stood in front of him. They locked eyes, his green eyes and her brown, and they ran to each other, her white dress flowing behind her as she ran into his strong arms. He picked her up and twirled her around, tears in both their eyes as they shared in a kiss that would seal her fate.

He set her down and caressed her cheek. “You came back to me, my angel.”

She smiled and wiped the tears away from his cheeks. “I never left you,” she whispered.

They shared another kiss before walking off hand in hand into the sunset. After she’d given up her wings, she had a chance to think of how she would still eradicate this pain and suffering. It was still her mission to end this. She realized she had the power in her still, though it wouldn’t be immediate as she’d hoped. It would take time, patience, and a team of people with hearts full of love and joy.

In that moment she knew that working together they could end this. Neither she, nor any member of her team would quit until they ended it.

And so with a joyful heart, their work began.

I wrote this story for a short story contest. It came to me one night while I was thinking back on meeting Mariska Hargitay, Peter Hermann, and Maile Zambuto at Paley Fest in October of 2014 (Post to follow). I’ve met Mariska & Peter before, separately, but meeting them together, and seeing them interact, the love in the room was palpable. I call Mariska my angel, my guardian angel, because even without knowing it, she was always there for me, even before she knew who I was or that I existed, she gave me strength through the screen. So, I threw a spin on Mariska and Peter’s love story, falling in love, breaking up, and coming together again. Some have said this is similar to the plot of “Angels in America”, but I’ll be honest, I’ve never seen the movie, so it was unintentional.