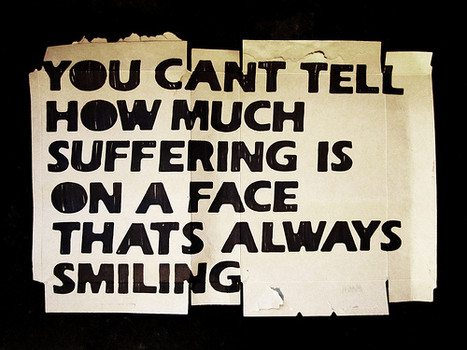 “…And I tried to hold these secrets inside me.
My mind’s like a deadly disease.”

Invisible illness, the ones no one wants to talk about, the illnesses and disorders that come with a stigma. CRAZY. NUTS. SKITZO. LAZY. That stigma is why so many people who live with these illnesses and disorders don’t want to talk about it. I live with anxiety and depression, I’ve lived with both of these for as long as I can remember. I have good days and bad days. I also live with PTSD (Another form of anxiety that has an all together different set of triggers.) and Borderline Personality Disorder. Each illness or disorder has made an impact on my life. I’ve learned how to cope, and how to hide. I had to, Don’t Talk, Don’t Feel, Don’t Trust. The cardinal rules of a dysfunctional, addicted, unhealthy family.

“…I can’t help this awful energy.
Goddamn right you should be scared of me.
Who is in control?”

Control over my own decisions, my own emotions, isn’t something that I had for the good majority of my life, not until 2 years ago when my mother died, when I realized how much she really did control my emotions (the amount of times I was told to stop crying or she’d give me something to cry about, or that I wasn’t supposed to feel, if I ignored the emotions they would go away… I can’t even tell you, I only remember about 10% of my childhood, so I’m sure there were tons of times I don’t remember that I was told that.) It wasn’t until after her death that I realized that she was gas lighting me for the good majority of my adult life (for those who don’t know, Gaslighting or gas-lighting is a form of mental abuse in which information is twisted or spun, selectively omitted to favor the abuser, or false information is presented with the intent of making victims doubt their own memory, perception, and sanity.) Every time I spoke it would turn into an argument, and everything was always my fault. I wasn’t good enough, nothing I did was ever good enough, and because I was feeling, I was struggling with my rape and subsequent PTSD, I was selfish because “I wasn’t the only one in the family who had been raped.”

“I paced around for hours on empty
I jumped at the slightest of sounds.
And I couldn’t stand the person inside me
I turned all the mirrors around.”

I’ve contemplated suicide more times than I care to count, more times than I care to admit. I felt like nobody saw me, I was invisible, and that if I was gone, no one would miss me and everyone’s life would just be easier. They’d be rid of the problem, and everyone would be so much happier. Once I started driving, I planned on swerving into the median on the parkway. One accident to end it all (Those of you who know my story know why I’m still here, those of you who don’t, long story short {and another blog post}, I’m still here, still breathing, because of Mariska Hargitay.). I know now how wrong I was, because I don’t have someone constantly criticizing me, I have so many people who love me and who see me, and though there are days I still struggle in living with these disorders and illnesses, I no longer have a desire to die. I no longer feel like nobody cares and that everyone would be better off without me.

My grandmother often tells me that I’m playing old tapes. And I do. I have a hard time talking about what’s bothering me because I’m used to being told it’s not that bad. I have a hard time crying in front of people (though my family would never tell you that. It’s not so much that I have trouble getting the tears to fall, it’s I have a problem crying in front of anyone without beating myself up for it and feeling guilty about it.) because for so long any time I shed a tear over the slightest thing I was told to stop crying. There’s a PSA out there (I believe its in the UK, I saw it on Facebook or Twitter… one of the two) about how children often imitate their parent’s actions, and in my case that was true. My younger sister was (is, but I’ve not spoken to her for more than 30 seconds in quite some time) emotionally abusive. I was called every name in the book, intimidated, threatened… I didn’t feel safe in my own home, so there are still days that those “tapes” play in my head and there are plenty of things I do out of instinct, protecting myself, because for so long I lived in a place where I had to build up walls just to survive. So now, tearing them down is a lot harder than building them was.

Lyrics to Control by Halsey off her album, Badlands. Listen HERE.