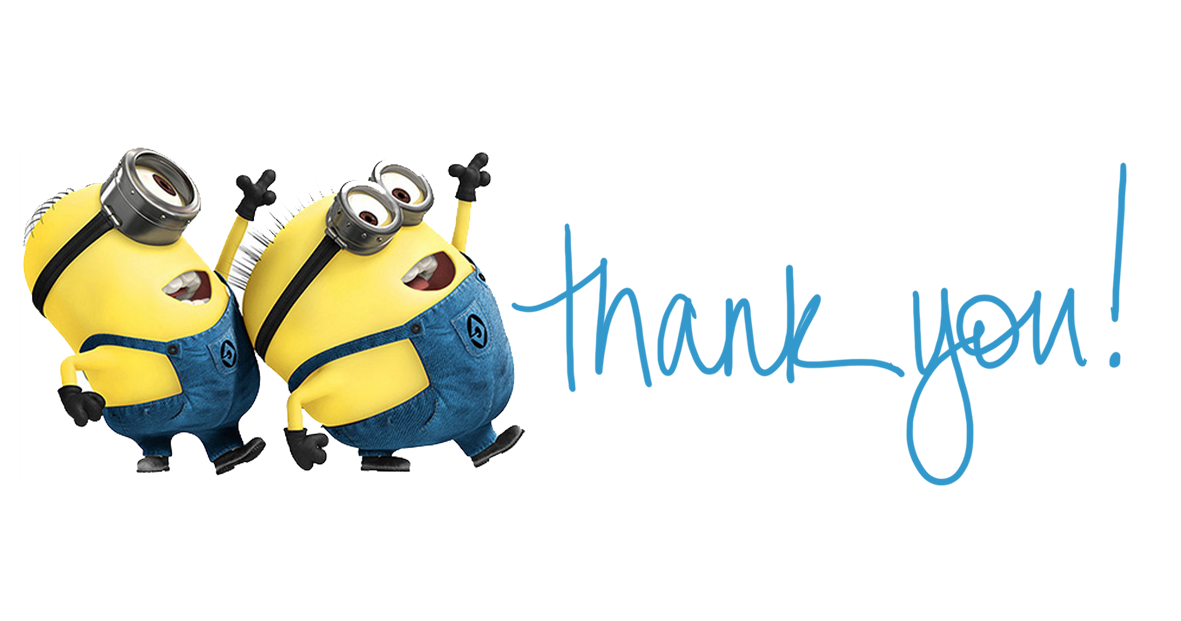 I want to start off by saying I hope all my friends reading this who are in America have a great Thanksgiving, full of family, friends, and LOTS AND LOTS OF FOOD and love and all the other mushy stuff.

Now, earlier this afternoon (yesterday, technically I guess) I got Katie Couric’s Weekly Wrap Up email. Yahoo News has a short week (I admit, I was a tad bit envious of that) so she sent them out today, instead of on Friday like usual. I have to say it was a lovely surprise. ANYWAY, point of this little sidetrack, she said she’d love to hear what we’re thankful for, and to tweet at her! And that got me thinking, all day pretty much, about what I’m thankful for.

So, here we are, it’s 12:30 on Thanksgiving morning, and here’s what I’m thankful for, as best as I can put it into words.

I’m thankful for my job, even if I complain about the long hours and I come home covered in bruises and in so much pain I don’t want to move. I have a steady income, and I can pay my own bills and I’m learning to figure out this adulthood saving money thing.

I have a roof over my head, clothes on my body, shoes on my feet, food in my belly, and access to clean water that won’t make me sick when I drink it. I realize that so many people don’t have these things I take for granted, not only in third world countries that are far away from my understanding and sometimes even my thoughts, but also right here in America, hell there are people in my town who go hungry on a daily basis.

I have a phone and Internet access to connect me with people all over the world.

I have a car to get me where I need to go. Back and forth from work.

I’m so thankful for all the THINGS I have, because I realize that there are people who go without.

I’m thankful for my family. My family who is always there for me, who believes in me, who gives me a swift kick in the ass (metaphorically of course) when I need it.

I’m thankful for my friends who have become family, because sometimes it’s easier to talk to them than it is anyone else.

I’m thankful for my Internet friends, who have also become family. I’ve met a good amount of them, but more I haven’t met, but I’ve shared my deepest darkest secrets with them before I’ve shared with anyone else, some I haven’t shared with anyone but them. I love all of them, all of them have made an impact on my life, and have made me smile when I didn’t want to, they’ve pulled me out of my own head and back into the world of the living, which sometimes, especially when my head isn’t the happiest place to be, I need.

Mariska Hargitay- It’s been about a decade since I started watching SVU, I’ve gone from sitting at the kitchen table with my friend doing shots of Monster out of medicine cups watching an episode, to being able to recite episodes line for line. But more than that, Mariska saved my life time and time again. At 2 AM when I was sitting on my bed crying, I could email her, even without a response by the time I finished typing out that email I had calmed down. I could close my laptop and get some sleep to face the day ahead of me. And as I got older, not having met her was what kept me here. I wasn’t going anywhere without being able to thank her for getting me as far as she had. But then I met her and that changed so much. Her embrace, along with Maile Zambuto’s, put a part of me back together that had been broken for so long, I no longer thought this world would be better without me in it, that the lives of those I cared about would be easier if they didn’t have to worry about me.

Katie Couric- I remember watching Katie on the TODAY Show growing up. As I got older, and changed my major about 5 times, I realized that deep down journalism was always something I wanted to pursue. I went from law to social work to teaching to motivational speaking before I got to that point where I was honest with myself and doing something that made me happy, not something that would make someone else happy. So, I was on Twitter one night and saw that Katie was on a tweeting spree. So, I tweeted, and tweeted… and tweeted some more. My last tweet, asking for some advice got a response. She told me to tweet her the next day, she was off to bed! So, my mind thought up these fantastical scenarios (half of one actually happened and I about cried). I actually legitimately thought that she would follow me (which she did the next day!) and then DM me and this incredible movie like sequence of events would happen. I tweeted her the next day and she gave me some wonderful advice (“Make people comfortable during interviews (unless you shouldn’t) and listen! Work hard and never stop learning.) and then followed me and its been kind of a whirlwind since. Okay, now that the background is there as to why she’s so awesome (okay one of the many reasons) why I’m thankful for her, as I started watching interviews and learning more about her I realized that she isn’t perfect, that sometimes even her best wasn’t the best for the network (she was told by the president of the network after her first on air interview {CNN?} that she was horrible and he never wanted to see her on TV again, but she worked hard, she kept learning and she got better and she became the first woman to solo anchor CBS Evening News. I think the world is glad she didn’t give up), or she made a pretty big mistake on air (The Laverne Cox/Carmen Carerra interview makes me cringe, BUT, she apologized, she learned from her mistake, and she did everything she could to make it right, she did multiple stories on The Katie Show after that interview about the Trans* community and Trans* youth). From that she showed me that 1) It’s okay to not be perfect, it’s okay to mess up as long as you do everything you can to make it right and 2) sometimes you’re going to fail, and that’s okay, you work hard and never stop learning. Every “failure” is a learning experience. Seeing as though I’ve always had a fear of failure, and a mindset of failure means you’re not good enough, seeing a woman as successful in multiple ways in life (Wife, Mother, Activist, Journalist, Author) and learning that she hit rough patches in her career but that she didn’t take it as the end, but a reason to push forward, to keep learning is so incredibly inspiring.

Katie Hnida- I remember building up the courage to send my story to Katie, not even sure she’d read it, and not thinking we’d be where we are today, nearly 2 years later. But she responded to me, and since then we’ve been talking on and off, about pretty much everything. She’s helped me through so much, she’s supported me when I needed it, gave me advice when I asked for it, and we’ve made each other cry. We’ve already decided that when we meet we are each going to need about 10 boxes of tissues…. each… She’s my big sister and one of my biggest cheerleaders. I swear most of the time, we share a brain, which isn’t a bad thing at all!

Maria Bello- Meeting Maria, getting to speak with her, was one of the greatest experiences of my life, I could have talked to her all night long, because she’s just so easy to talk to. Reading her book, I realized how much I can, and do, relate to her. And I don’t think I could thank her enough for just being so kind and laid back the night I met her (how often do you have a woman you’ve watched for years on TV & in movies tell you they’d be your friend?). I felt welcomed, I felt heard, I felt seen, and I felt like she WANTED to talk to me, not just that she was talking to me because she was keeping up appearances. I felt important.

I don’t know how to thank all of these women. Thank you doesn’t seem enough.