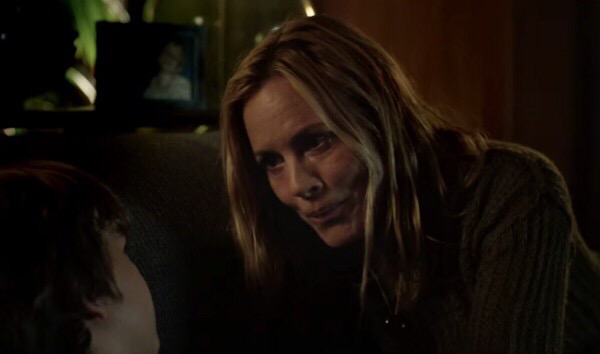 I got to see lights out the day it came out, and it was so so worth it. I need to see it ten more times. The acting is impeccable, and though the writing is a little “trope-y”, it’s not done so in an annoying way. You jump quite a bit, but I always do when watching horror movies.

I would advise some trigger warnings though, which may be spoilers, so stop looking now if you don’t want ANY plot points spoiled. But if you need trigger warnings, keep reading the next paragraph, and then if you want no further spoilers, stop!

TW 1: Mental health institutions (recurrent themes in the movie, along with ablist slurs like c*azy)

TW 2: Torture (ties in with the above)

TW 3: Paranormal (more of a content warning, I suppose)

TW 4: Violence (other than the second TW. Ties in with the above. Use of guns)

Here’s where I really do spoil it, so stop reading now if you don’t want to see any. If you don’t heed this warning, I am not responsible for it being spoiled for you.

On the way home, I had a realization. The movie is a metaphor for mental illness. The mother in the movie (Maria Bello), named Sophie, has what we can guess is manic depressive, or has bipolar. The movie references her depression, and her mania. The antagonist in the movie, Diana, is the “ghost” of a friend who Sophie met in the institution. But Diana is real, the pain she causes is real to everyone around her, including Sophie. But, Diana isn’t there when Sophie is stable, she’s only present when Sophie is at her worst. Diana also disappears in the light (hence the title lights out). Sophie realizes there is no Diana without her, and sacrifices her own life to save her children from the emotional torture and Diana’s haunting of her family, wanting to keep her all for herself.

As I mentioned Diana WAS a living human being but she died undergoing an experimental shock treatment in the hospital where she met Sophie. My theory is that this is the filmmaker’s way of showing just how much mental illness, one that is untreated, and not monitored, can do to not only the individual, but the family. Diana IS Sophie’s illness. She doesn’t want Sophie to get better. Our illnesses never want us to get better, they want to control and wreak havoc over our lives.

I give Maria Bello so much credit for how well she acts this role, considering this could have been a hard role for her to portray. Those who have read her book, Whatever… Love is Love, know this already. Those who know her well, or know a lot about her, know that she has BiPolar disorder in real life. You also know when she was a child, she contemplated taking her life. Had a plan and everything. What’s odd, is that it was similar to the way she planned as a child in the movie. My heart broke as I watched the story unfold, and I cried as I saw her character limp, lifeless on the floor. I know it isn’t her, I know she’s okay, but seeing my snowflake melt (if you read the blog about when I met her, you’ll get that) before my eyes, it was hard for me.

But the movie was great. And despite it being overly emotional for me, the ending was truly amazing. It also kept the door open for a sequel, with the daughter Rebecca being the “new” Sophie, or worse, the new Diana.