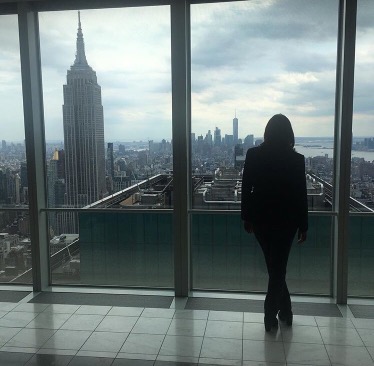 Justice is defined as “the process or result of using laws to fairly judge and punish crimes and criminal” in the Merriam-Webster Dictionary.

It should be black and white, right?

The truth is, it’s not. Every person’s idea of Justice is different. Especially when that person has a crime perpetrated against them.

The victim, Janie, told Lieutenant Olivia Benson (Mariska Hargitay) and Detective Amanda Rollins (Kelli Giddish) that she wanted her rapist to admit to wrong doing. When asked to clarify that she was asking they ask the DA for a deal, she responded she didn’t want to testify. She just wanted an apology.

The perpetrator, in this case named Ellis Griffin, the son of Olivia’s former partner, Patrick (her first partner out of the academy, as a uni, played by Anthony Edwards), agrees at first, then sticks by the fact he’s not guilty.

Now, plenty of people were upset that Olivia let Ellis go home to say goodbye to his mother before arresting him. But, that wasn’t the first time. She did the same with Detective Rollins a few years ago. Plus, Patrick was her partner, 20+ years ago, she had a loyalty to him (especially after he purjured himself to save her from getting into trouble with IAB), what if it wasn’t Patrick’s son, but Dickie Stabler, you don’t think she would offer him the same courtesy? When you look at it, it’s really not out of the realm of possibility for her character to do that.

Anyway, back to Ellis, maybe it was Janie’s testimony she gave at trial, maybe it was his conscious eating at him, but he put an end to the testimony of the drug dealer his father bribed to say he was there and Janie was awake and alert, not passed out. The drug dealer stuck to his story that he was there, and he’d never met Patrick Griffin. His father was in no danger of being arrested.

Ellis apologized to Janie, and received a 24 month sentence from the judge (Jenna Stern).

But here’s my point, Justice looks different for every person.

Even just in my story, for me, of course I’d like to see my rapist behind bars for life so he couldn’t hurt anyone else. But in our justice system, that just isn’t realistic.

From him, now, I want an apology. That’s all. I don’t even care if he sees jail time for what he did to me.

Was this episode based on the Brock Turner case? Yes. But as Maile Zambuto, CEO of Joyful Heart Foundation said in her piece for Huffigton Post about this episode, no one can tell the Stanford rape victim’s story but her. Obviously they can’t use the exact story, they have to change aspects of it (the perp’s apology, the prison sentence), they can’t just change names and call it a day.

The bottom line is, we don’t get to decide what justice looks like for someone else. Do I like the fact that people are blaming the victim in this episode? Of course not. All that means is we have to do more to change the culture, change the dialogue. A show won’t do that for us, it’s gritty, hard work, but if we’re committed to changing the culture and not just paying lip service to our favorites, then we have to do the work.

Instead of fighting about it, have a conversation with someone who does think it’s the victim’s fault because she was drunk. Fighting over whether a character did the right thing from our perspective doesn’t do anything to change the culture. While we’re fighting about who’s “right”, people are continuing to perpetuate the exact ideas we want to stop. Put your focus on that.

Do I enjoy every episode our new show runner has put forth this season? No. I don’t. I’ll admit that. But this episode took on a controversial case in a good way, and in the end, the bad guy was punished. Now, instead of leaving comments on this about why my opinion is wrong in your opinion, go out and change the conversation & change the culture. Instead of screen shoting comments on Facebook that perpetuate this, challenge the poster.