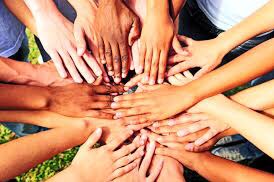 It’s Thanksgiving. It’s been nearly a week since sitting on the Dr. Oz Show stage with 29 other women as some shared their stories.

Solidarity is so important. It lets us know we aren’t alone. When there is someone in the immediate vacinity of you as you share your story, everyone can help carry the metaphorical weight of your story, so you no longer have to carry it alone. When there’s a group of women on TV who are survivors, even if they never speak, knowing that there are real people out there who GET IT, it makes the journey a little easier.

I got to meet Emily Linden last week. For those of you who are reading this who don’t know her, she founded the UnSlut Project, and she gave me my voice back almost 4 years ago. I say it all the time, but it’s truer than anything in the world.

Because she asked me to share my story on the UnSlut Project blog, I felt like I was heard, and believed, after being basically ignored by police.

I remember when I first saw her walking down the hall backstage, I sprang out of my chair and called her name, I told her that it was me, Nicole, and she wrapped me in the tightest hug. We talked until they pulled us to go into the audience for the first taping, it felt like we were old friends, like we’d known each other forever.

At one point o realized I forgot to call my job and I walked back up to my seat after talking to my grandma, and Emily came out to the aisle and checked to make sure I was okay, I guess the panic was written all over my face.

But it was great after the taping to get to meet some of the other women, and talk to them. We formed a sisterhood that day, a bond that can’t be broken.

Solidarity allows those bonds to form. When we help hold each other up, when we lend an ear, a shoulder, and help carry that weight, even for just a moment, there is a bond formed there. That bond, sharing a pain that is rooted so deep in us, a pain we feel shame about, even though we shouldn’t, isn’t one broken.

Never take a survivor disclosing his or her story to you for granted. Their story is not yours to tell. Their pain is not yours to capitalize on. Don’t betray that trust.

Be there. Sit with them. Sometimes all they need is someone to say “I’m with you.”

That’s what we all had last week. That’s what I had when Emily asked me to share my story.